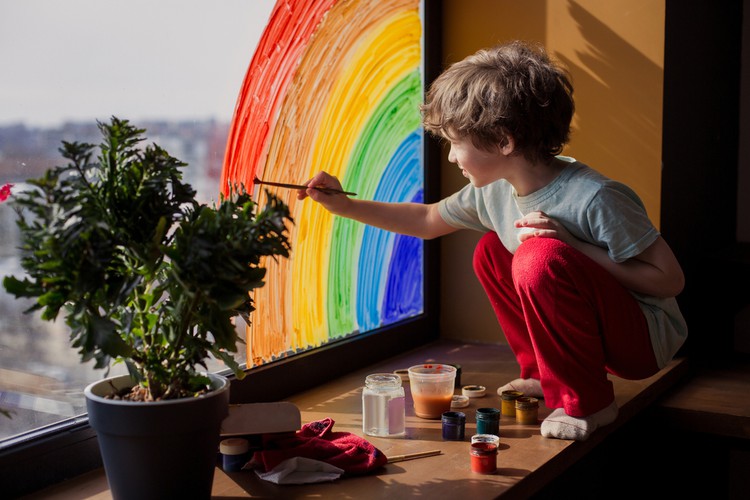 While every day can certainly feel like Children’s Day to many parents, this fun-filled celebration is founded on an important milestone – the anniversary of the Declaration of the Rights for Children. While the date varies from country to country, in Australia the week-long festivities run from Saturday 24th October through to Sunday 1st November and act as an opportunity to acknowledge the talents, skills, achievements and rights of children. Although COVID-19 has attempted to put a damper on so many events this year, the celebrations must go on, and as such, the week will include a variety of fun online and virtual events. For a full list of what’s happening in your state, check out: https://www.childrensweek.org.au/

To celebrate Children’s Day, we want to shine a light on the talent and determination of some of our most inspiring young people both locally and around the globe. First National is proud to sponsor the 7NEWS Young Achiever Awards, in which we acknowledge, encourage, and promote the positive achievements of all young people. We’d love to share the recent winners of the First National Leadership Award in New South Wales and Victoria, along with a little bit about their amazing accomplishments.

Harpreet, 19 years of age – is one of our younger achievers. A passionate, action-oriented women’s advocate and leader. Harpreet has overcome so much to get to where she is today. A proud Punjabi-Australian, Harpreet represented Australia in New York for the United Nations Commission on the Status of Women for three consecutive years. She is currently involved as chairperson, ambassador, and team leader for numerous Australian organisations including the YMCA, giving back to the community in a big way. We think she’s amazing! 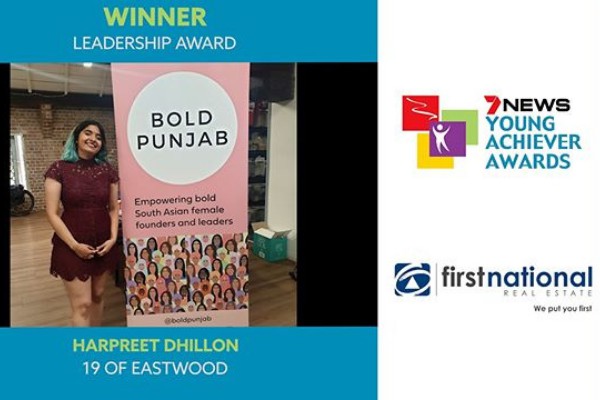 17-year-old Gabrielle Dewsbury of Newnham pioneered the School Strike 4 Climate movement, a student-led movement fighting for climate justice. She also leads the “Health is Wealth” initiative, which runs workshops focused on mental health and wellbeing and has partnered with Beyond Blue to expand nationally. Gabrielle is on multiple committees including the Australian Youth Climate Coalition and speaks at conferences and forums around the state. How Gabrielle strikes a balance between studies, climate movements and Health is Wealth takes skill and we can’t wait to see what she does next! 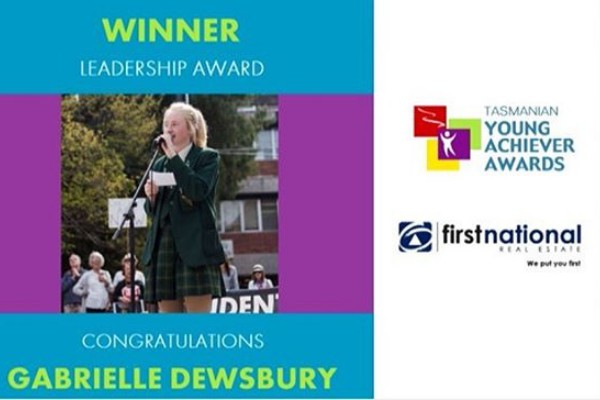 At the ripe old age of 23, Wallace is the CEO at Community Health Advancement and Student Engagement, which empowers disadvantaged Victorians aged 16 to 18 through health education and mentorship. Besides also being a full-time medical student, Wallace manages to fit in volunteering for 180 Degrees Consulting, International House Graduate Student Association, Parity Education and Teach for Australia. What an inspirational superstar! 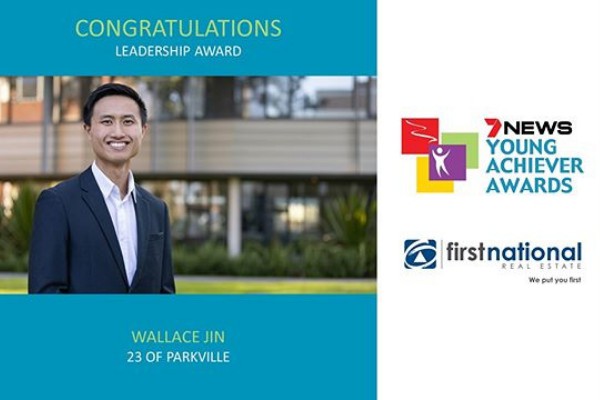 A rising star 21-year-old from Newmarket, Anja is a motivational speaker and healthcare advocate, as well as the first Youth Ambassador for the Continence Foundation of Australia. Despite being born with VACTERL, a congenital yet invisible disability, Anja transformed her struggles into passion by mentoring people with complex health issues of all ages internationally. Anja encourages people to pursue advocacy and overcome adversity through positivity and self-awareness. Anja is the first disabled person to place in Grand Slam pageantry, achieving 2nd at Miss Grand Australia in 2019. We admire her perseverance and her 6.63/7 GPA! 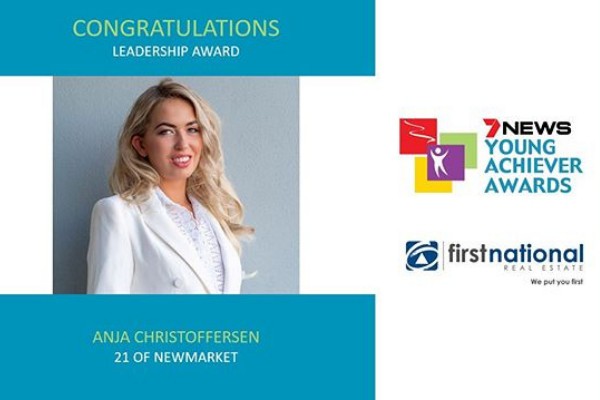 Our backyard is full of inspiring young people making their mark on the world and there are many more deserving winners yet to be announced across the country. To keep up to date with the latest on 7NEWS Young Achievers visit https://awardsaustralia.com/young-achiever-awards/. While our young people are certainly competing on the world stage, in view of Children’s Day, we cast a lens across the globe to take in the inspiring (and sometimes surprising) talents and passions making waves abroad.

Jonathan Hong – our very own Tiger Woods This 9-year-old Aussie golf prodigy shows dedication beyond his years, training up to 50 hours a week to chase his dream as a pro golfer. He’s already hit a golfing milestone, becoming a “scratch” golfer much earlier than his idols Tiger Woods and Aussie legend Greg Norman. Jonathan is one to watch on the world golfing stage! 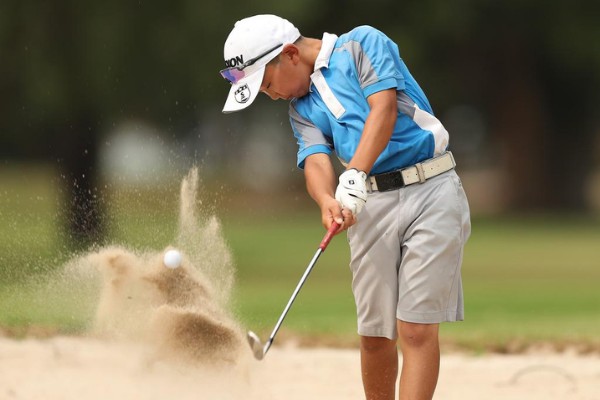 Ryan of Ryan’s World – The YouTube star raking it in

This pint-sized, adorable millionaire has made his mark reviewing toys on YouTube – a job most kids would dream of and a pay check most adults can only ever imagine! At age 9, Ryan earns a cool $25 million a year and has 26 million subscribers (at time of writing) just waiting for his next video. Big screen fame is a thing of the past, it’s all about the small screen these days!

Having started skateboarding at 4 years old, Sky’s fearless attitude has accelerated her rise to being on track for the 2021 Tokyo Olympic Games. At just 11 years old, she’ll be Britain’s youngest ever athlete in this sport new to the Olympic Games. 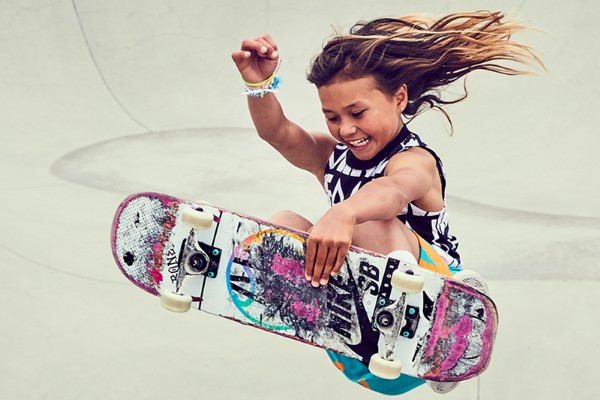 Kyle Jackson – a sports star of a different kind

British teen Kyle (better known online as Mongraal) has capitalised on the multi-billion-dollar industry that is eSports and is a teen living the dream as a professional gamer. Between keeping up his grades at school, Kyle has become Fortnite’s (a cultural phenomenon of a game with over 250 million registered players) youngest signed pro. What a way to impress your mates!

While most 15-year olds are happy playing video games (or making a living from them), Rishab Jain has put his interest in computer programming and AI to good use. Being named America’s Top Scientist for developing a software tool designed to zero in on organs to effectively treat cancer cells and lessen the impact on healthy cells. His work won him the top prize at the Discovery Education 3M Young Scientist Challenge in 2018 and he’s currently working with doctors to fine-tune his idea. 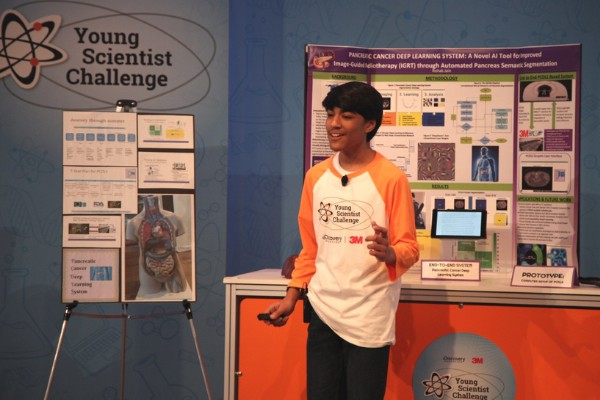 Greta Thunberg – the voice of a generation

Greta became a household name as a 16-year-old environmental activist with her “how dare you” speech at the UN Climate Action Summit – which both resonated with teens around the globe and got adults listening. Having decided that “adults weren’t doing enough”, at 14-years-old, Greta began protesting outside parliament in her hometown in Sweden. Quickly growing support from her peers, Greta now has a Nobel Peace Prize nomination to her name, along with the illustrious title of Time Magazine Person of the Year 2019.

This 18-year-old who is now a household name, rose to fame by accident when trying to send her dance teacher a track her and her brother had been working on. They uploaded it to Soundcloud as a means to share it and it went viral overnight. Today, Billie has over 25 million YouTube subscribers, several Grammy Awards, and a much-lauded Coachella performance under her belt. Not bad for an accidental superstar! 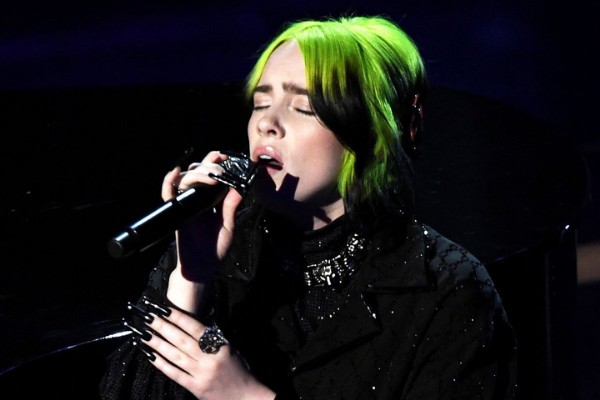 With access to technology changing the way our young people can pursue passions and have their voices heard (and amplified), the days of relying purely on talent scouts or fame from the big screen are long gone.

If you would like more information on how you can be involved with the 7News Young Achievers Awards, follow this link. For now, let’s take the opportunity to applaud and acknowledge our young people this Children’s Day, as they charter new territory and show us adults a thing or two about passion and determination!