The Best of Regional Living in Western Australia

We all reflect at one point or another on what it might be like to live somewhere else. Where that alternative reality may be differs for everyone, but most will consider regional living at some stage, right? Each Australian state’s regional areas have their own pros and cons, but for those really wanting to get away from it all and explore a whole new frontier, a move to regional Western Australia is a perfect choice.

For many of us, it’s a version of Australia we will never have seen. Frontier country, with vast landscapes, sweeping vistas and dangers abound, the deeper inland you go. Most of us do know, however, that WA is a truly beautiful part of Australia. Pristine white beaches, uncrowded sections of still flourishing World Heritage reef, majestic whale sharks, adorable quokkas, lush wine country and legendary red dirt plains of ACTUAL outback. With all of that to choose from, why on earth would you choose to battle city peak hour traffic on a regular basis, returning for mere hours each day, to your perfect house and an enormous mortgage, just counting the days to retirement?
Ok maybe there’s a little exaggeration in there – city life certainly has its perks. But regional living has a special quality that for many, comes into their life at a specific time, just when they need it the most. So with that in mind, let’s review some of the state’s most popular regions and see if you can be enticed! 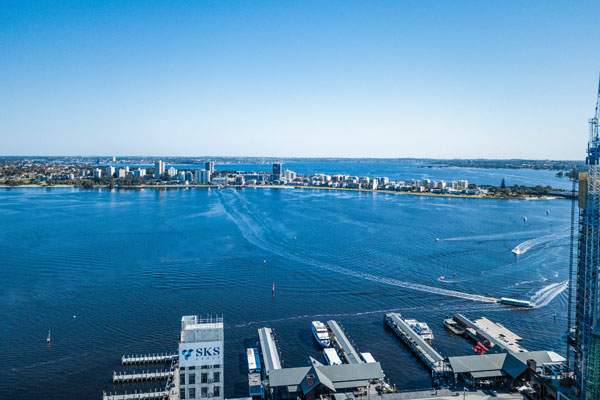 Known by Carnarvon in its centre and Exmouth at its most northern point, the Gascoyne hugs the central WA coast and is famous for its World Heritage sites at Shark Bay in the south and Ningaloo Reef to the north. The region has a great warm climate, with more than 320 days of sunshine per year, gorgeous beaches and a flourishing food industry. It’s an ideal destination for families, though the remoteness should definitely be taken into consideration. Carnarvon is almost 900 kilometres from Perth and its median house price is around $315,000. Key industries are tourism, fishing, mining, horticulture and pastoralism.

The largest of WA’s regions, the Goldfields–Esperance region has Kalgoorlie and Esperance as its regional centres and a combined population of almost 50,000 people. One of the world’s greatest adventure routes –the Eyre Highway, along the Nullarbor Plain – runs right through the region. Kalgoorlie is around 600km from Perth in WA’s south east corner and is home to campuses of Curtin University and the Central Regional TAFE. It also enjoys a cooler climate than other parts of the state and continued prosperity due to a long history of mining and agriculture. Other key industries include tourism, health and of course education. Kalgoorlie’s median house price is around $300,000.

The Great Southern region is a secret patch of paradise that the locals have managed to keep a tight lid on. Facing the Southern Ocean and with Albany in its centre, just 390 kilometres east of Perth, the region is abundant with stunning scenery. Towering forests sweep down to dramatic coastal vistas, with the idyllic towns of Mt Barker and Denmark dotted in between. With a slightly higher buy in, the median house price is around $540,000 but the proximity to Perth is a clear distinguishing factor from some of the other regions. Primary production is the Great Southern region’s major income generator, being the second largest region in WA for grain and livestock industries. Wool, fishing and timber are also key contributors, along with transport, viticulture and tourism. 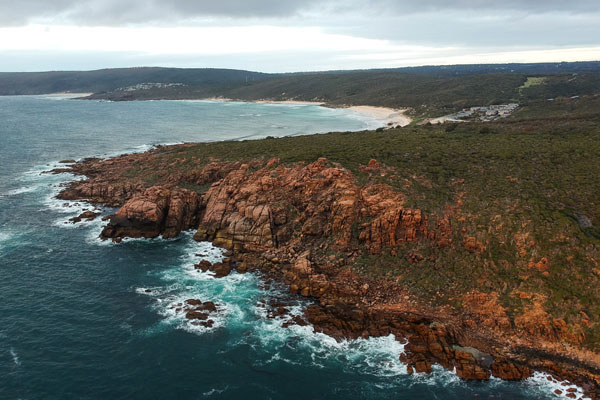 The Kimberley is one of Australia’s richest resource regions, known globally for its spectacular natural attractions. It’s one of the few places in the country where desert meets sea, grassy plains and plateaus meet sandstone cliffs and waterfalls, and the echoes of thousands of years of Aboriginal culture ring loud. Visitors come from all over the world for once in a lifetime trips to Purnululu National Park (the Bungle Bungles) and Lake Argyle, Australia’s largest freshwater lake, not to mention Broome’s magnificent Cable Beach. The Kimberley’s main population areas are Derby, Kununurra and Wyndham, with its most famous city Broome as the pearl amidst the Kimberley’s trillion grains of sand. The region is unique in Australia, in that almost half of its population are Indigenous or Torres Strait islanders. Its northern location gives it a tropical climate with distinct wet and dry seasons and high rainfall. Broome’s median house price is around $475,000 and its wealth comes from mining of diamonds, pearls, iron ore, nickel and gold. Tourism is also a large contributor to the local economy and as a result food, arts and culture are, fresh, vibrant and locally flavoured.

The concept of ‘from the outback to the coast’ can really be grasped firsthand in the Mid West. This area is a fifth of WA’s overall land mass and can be reached via a 4 hour drive from Perth to Geraldton, a well-known stop on the western coastal drive. Geraldton is also where more than 2 thirds of the region’s population live. So, if your new regional life delivers you to some of the other towns, such as Green Head in the south, Kalbari in the north or Meekatharra in the central Mid West, prepare to have more space to yourself than you ever knew was possible. The Mid West has great beaches, vast arid deserts and a predictable Mediterranean climate. Average house price in Geraldton is around $330,000 and major industrial projects provide good employment for locals and FIFO workers. The Mid West region’s economy relies on tourism, fishing, agriculture and mining. 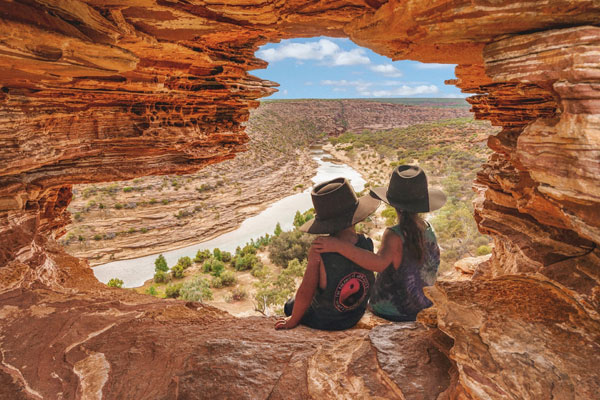 Definitely WA’s tiniest region, covering just under 6,000 square kilometres, the Peel region is also the state’s fastest growing. Its main towns are Mandurah and Boddington and both are between one and a half and two hours drive south from Perth. Lifestyle is the big drawcard here with the city close by, plenty of outdoor activities to enjoy on the beach and the region’s large network of inland waterways, and an abundance of wildlife to complete the picture. The Peel is a good starting point for those wanting to ‘get away from it all’ but still have the creature comforts of arts, culture, wining and dining within reach. It has a vibrant student population thanks to campuses of Murdoch University and the South Metropolitan TAFE. The median house price in Mandurah is around $305, 000 and its population is expected to peak at close to 100,000 in the next couple of years. The Peel’s local economy relies on construction, manufacturing, retail and accommodation. Mining interests are focused on alumina and minerals.

Like the Kimberley, WA’s Pilbara region is remote and resource rich. It’s best known for its oil, gas and iron ore mining industries, but its best kept secret is its spectacular landscapes. The Pilbara’s west coast hugs the Indian Ocean, while its eastern border is reached on the other side of the Great Sandy Desert, at the Northern Territory border. From rugged ranges with deep ravines, gorges and waterfalls, to vast pristine deserts of deep ochre and shifting sands – it’s the Australia from the tourist brochures that most Australians are yet to experience. The Pilbara is very far away – its most accessible town is Karratha on the coast which is almost 1600 kilometres from Perth and over 2,600 kilometres from Darwin. Almost 30% of Australia’s resources come out of the Pilbara, making it an essential contributor to the WA economy. Much of its workforce is based in Newman and Port Hedland, where the median house price is around $550,000 and local infrastructure has been upgraded to sustain and encourage a positive lifestyle for the locals, however transient they may be.

There are two destinations in WA that are the most popular with Australian holiday makers and if you’ve not been to Broome, then it’s likely Margaret River that was the site for your dream vacation. This abundant foodie destination has made the South West region the state’s most popular tourist destination, thanks to its globally renowned wines. The South West is also home to magnificent beaches and forests with tourism, food production, viticulture and agriculture amongst its key industries. The region is a great family destination thanks to the strong community lifestyle, easy accessibility to Perth and wonderful Mediterranean climate. Its main commercial centre is Bunbury, around 2 hours drive south of Perth, with a population of about 75,000 and median house prices sitting around $520,000. Mining, manufacturing and construction are also key economic contributors. 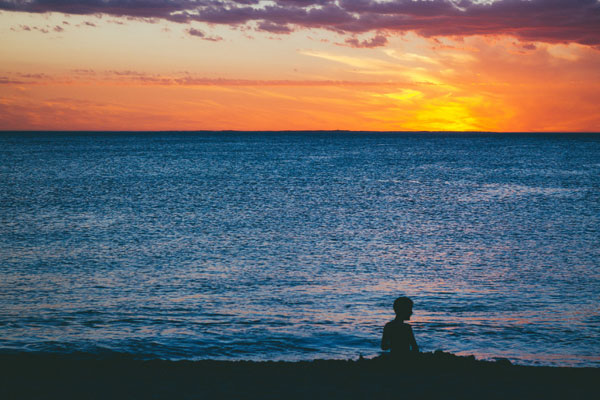 One of Western Australia’s most famous tourist attractions is its seasonal explosion of native wildflowers, the best of which can be found in the Wheatbelt region slightly north of Perth. This historically agricultural region is named in part for its primary industry – agriculture, namely wheat. The Wheatbelt produces the majority of cereal crops for WA, along with an abundance of fruits, vegetables, oils and livestock. As a result, it’s home to salt of the earth communities, built on tradition, hard work and an appreciation for the simple things in life. A great location for employment, this family friendly region has a few great towns to choose from including Northam, around 100 kilometres north of Perth and famous for its export rock lobster industry. Other towns include Merredin, just over 250 kilometres drive from Perth, Jurien Bay and Moora. Renowned natural attractions include Wave Rock, The Pinnacles and the Lake Thetis Stromatolites.

From white sandy beaches in the north, lush vineyards and forests in the south west, to the arid red dirt of the outback, and the colossal mining infrastructure that has to be seen to be believed, regional WA has something for everyone. This variety of landscapes provides the foundation for your new life, but the open space, safe, friendly communities and the experience of living in the ‘the real Australia’ cannot be matched anywhere else in the country.

The top 5 questions to ask at an open home